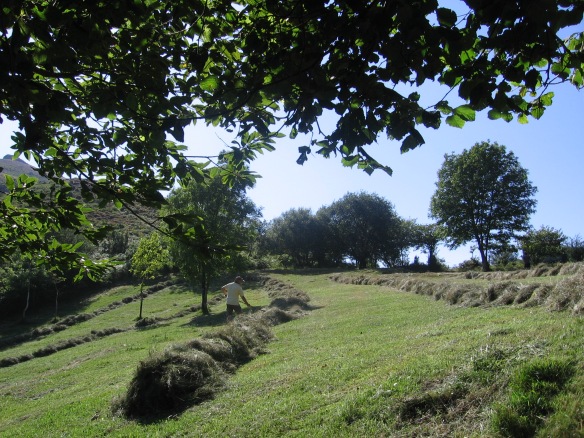 The task of harvesting hay—you love it, you hate it… or both.

When I was a teenager, I had more reasons to hate it since the whole process was done human powered except some final heavy transportation done by animal traction. Today, it is probably not a pleasure but a whole lot easier. Also, I am not a teenager with other things on my mind. 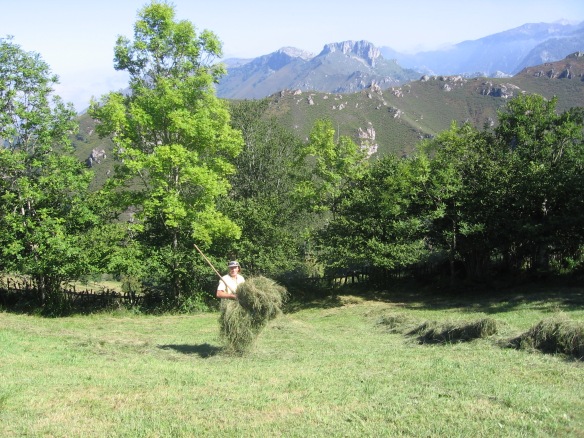 However, one thing is true and that is that whether you like it or not, once you learn how to do it, it is basically a simple task. And it can, at the same, be as complicated as you like. Back in the day, most of the lessons and “training” was done hands on, knowledge transferred from one generation to the next. Today (particularly in large operations) modern technology helps you advance more quickly. But the knowledge transfer is the other way around—GPS on cows, computerized tractors and feeders, computerized milking, hay baling, etc. Most of the time, the transfer is opposite: from the young to the old, including with tools. 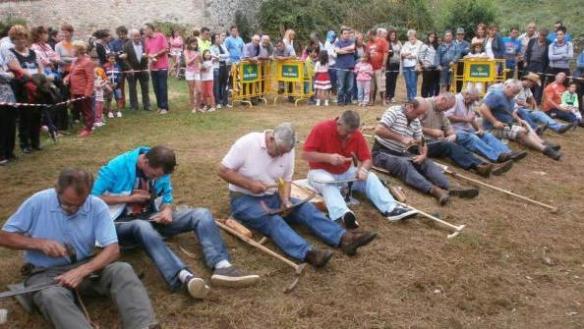 A few weeks ago, I helped my sister and her husband harvest several small fields of hay—the norm in northern Spain—and had the pleasure of participating in a peening and scything contest.

In the next few days, I will continue with this post with other specifics.